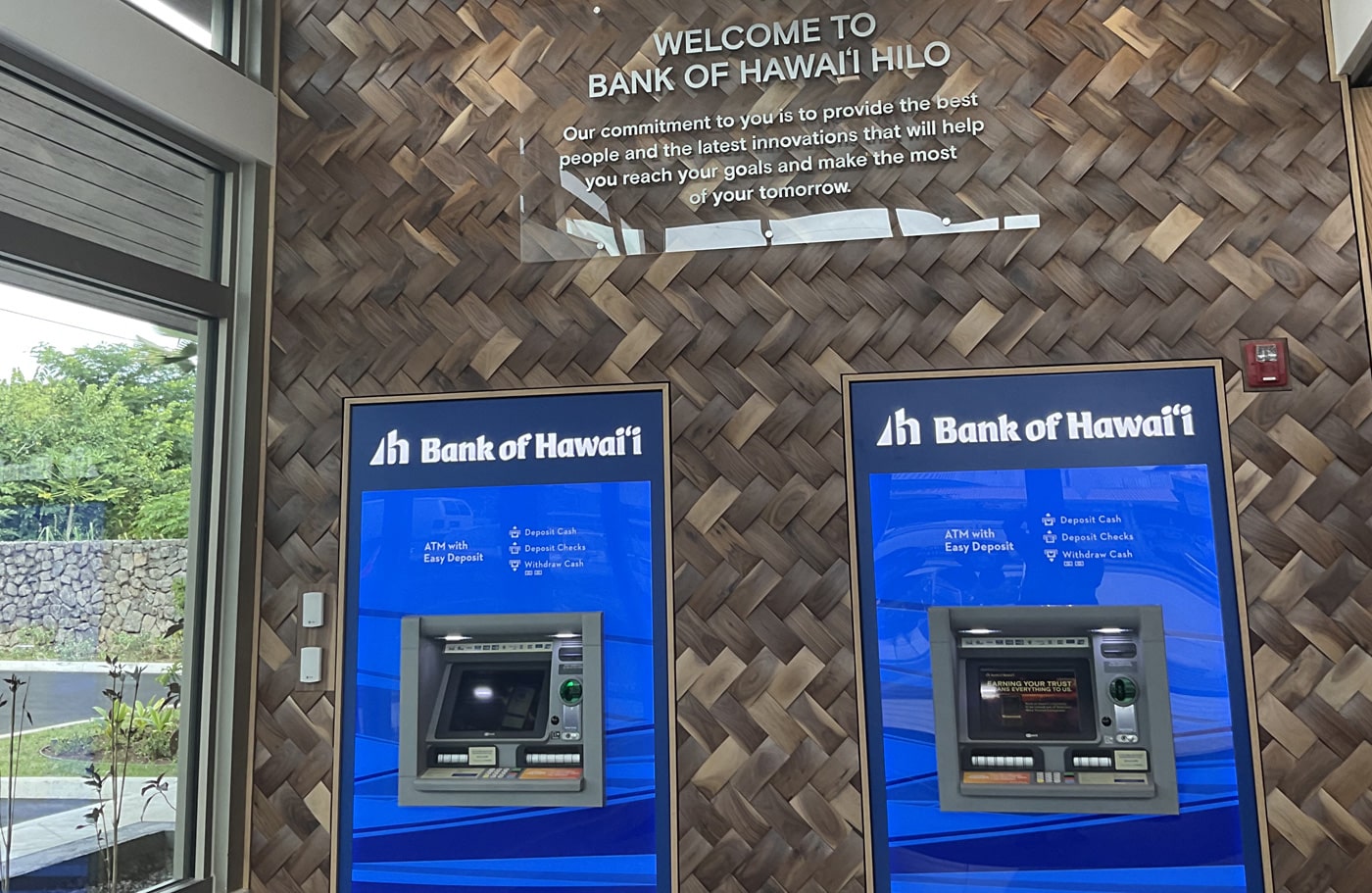 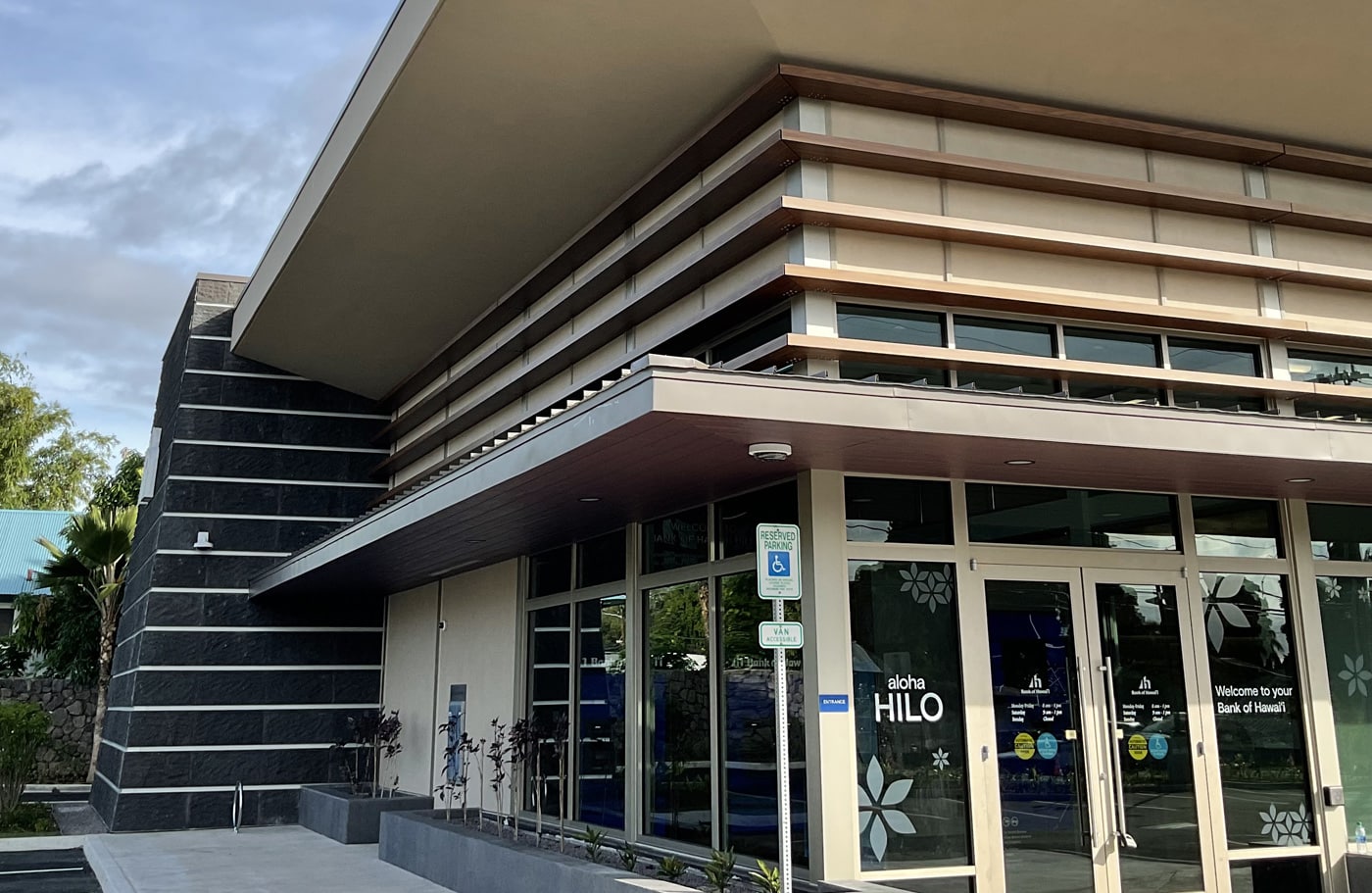 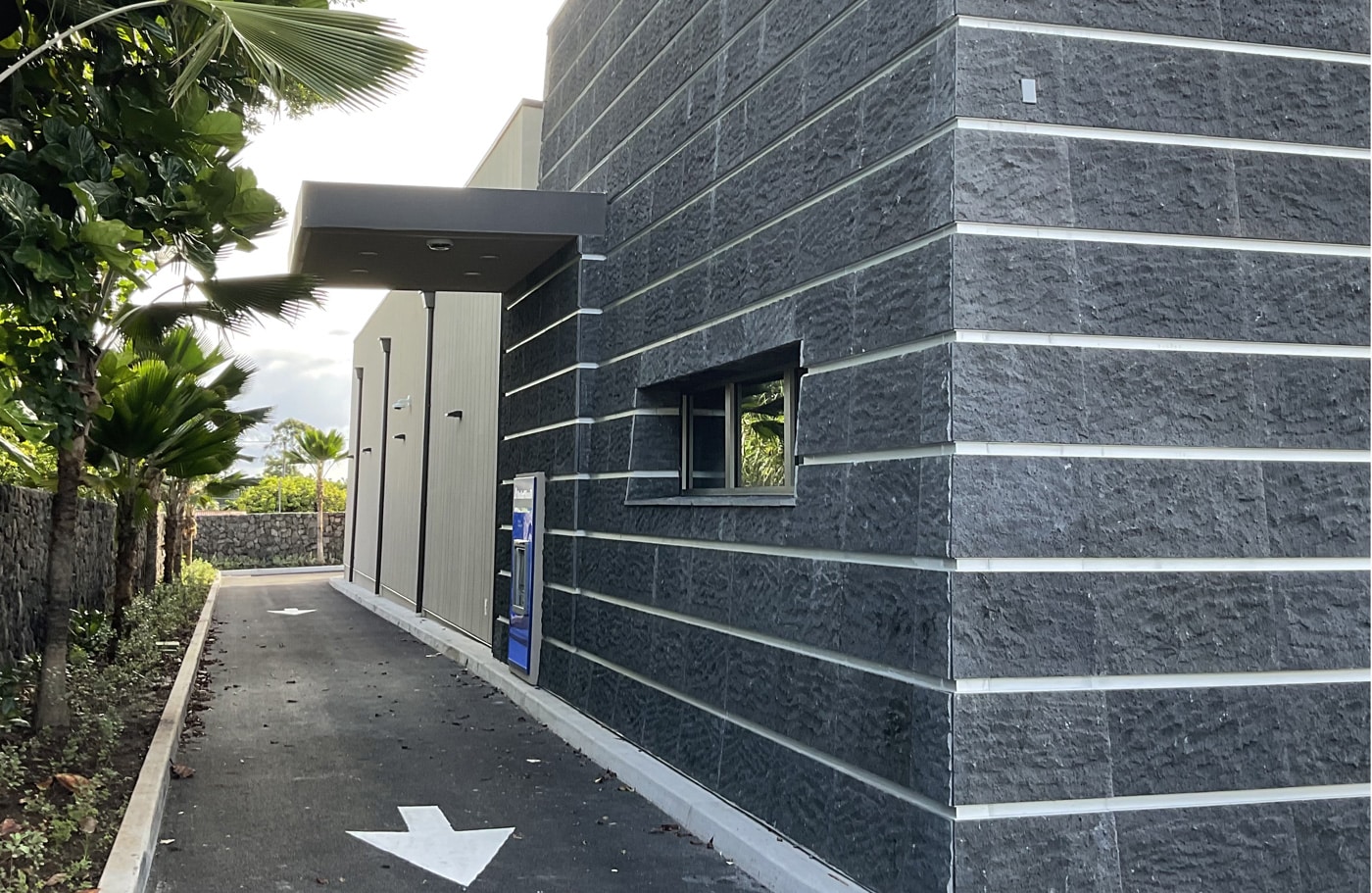 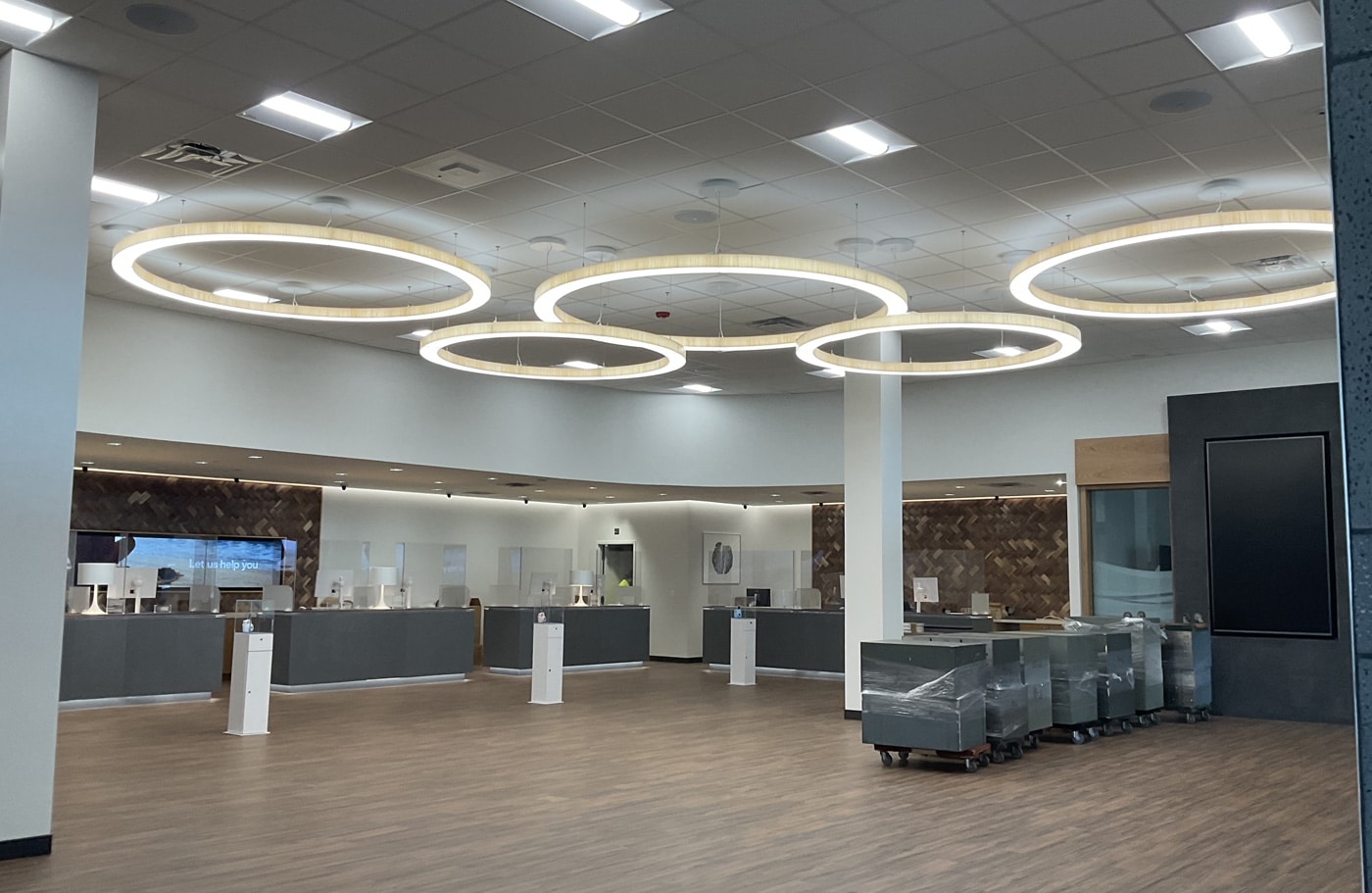 CPS has done a tremendous job installing the metal roof trusses particularly because this scope of work was out of the norm. The greatest challenge for CPS was having to complete the EIFS work in inclement weather since rain and lower temperatures have a substantial effect on the scheduled time it took to install the EIFS system properly. CPS was able to complete the project on time and the branch opened on September 26, 2022. The people of Hilo now have an additional location available for their traditional banking needs.
The contract amount was $1.7 million.
CPS Project Team:
Estimator/Project Manager: Michael Zhou
Project Assistant: Mariefe Wong
Superintendent: Alapati Sula
Foreman: Mathis Mariano